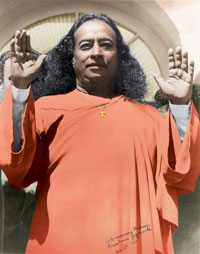 “My spoken words are registered in the ether… and they shall move the West… thousands of youths must go North, South, East and West to cover the earth with little colonies, demonstrating that simplicity of living and high thinking lead to the greatest happiness!”

Yogananda taught that environment is stronger than will power. A person may have the best intention of living a spiritual life, but lacking the support of others, and living in a world focused on materialism, it is all too easy to be diverted from the desire to know God!

Yogananda’s solution was for people of like mind and ideals to join together to form “world brotherhood colonies,” intentional spiritual communities based, in his words, on “simple living and high thinking.” In these colonies, truth seekers from all walks of life (singles and families, as well as those who wish to live the monastic life) could live, work and seek God together, creating a harmonious, uplifting environment that encourages the development of spiritual qualities, and the awareness, as he stated, “of the true kinship of all men as sons and daughters of the same, one God.”

During his lifetime, Yogananda tried to establish such a colony in Encinitas in the early 1940’s, but found that people were not yet ready to embrace his idea. Yogananda, however, knew the time would come when the world would be ready to receive his vision, and “… this colony idea will spread through the world like wildfire.” 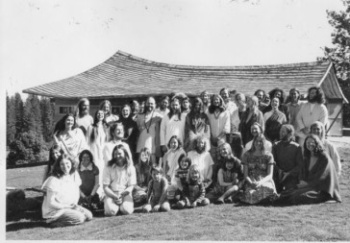 “It is not necessary for masses of people to be converted to a new social philosophy. A few individuals only, if they give the concept a try, can spark a conflagration that can eventually destroy a whole forest of old ways.”

Ananda Village was founded by Swami Kriyananda and a handful of young friends in 1968 on 70 acres of land in the Sierra Nevada foothills of California. The fledgling community was initially faced with many tests and challenges: lack of money, the threat of foreclosure, a devastating fire that destroyed most of the existing structures, differing ideas about the community’s purpose–but in the end, all seeming hardships served to help forge a community dedicated to living Yogananda’s ideal of putting God first, in all circumstances.

Celebrating its 45th year in 2014, Ananda Village has become one of the world’s most 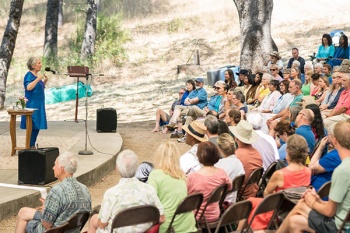 successful intentional communities. More than 200 residents, all dedicated to the ideals set by Yogananda, live, work, raise families, serve and meditate together, supporting each another in applying his teachings to all aspects of life. Now situated on 700 acres, the Village has grown to include 85 homes, Living Wisdom schools from pre-school through high school which share the Education for Life philosophy, private and community-owned businesses, an organic farm and permaculture garden, Ananda Sangha Worldwide outreach ministry, Crystal Clarity Publishers, a world class retreat center, The Expanding Light, and the Ananda Meditation Retreat, a place of seclusion and the site of Ananda’s beginning.

To meet the need of increasing numbers of people inspired by Yogananda’s vision, Ananda’s world brotherhood colonies have expanded to include residential communities in Sacramento, CA; Palo Alto, CA; Los Angeles, CA; Portland, OR; Gaston, OR; and Seattle, WA, as well as in Assisi, Italy; Gurgaon, India; and Pune, India. Currently, about 1,000 devotees live together in these communities, making Yogananda’s vision of “high thinking and simple living” a reality.